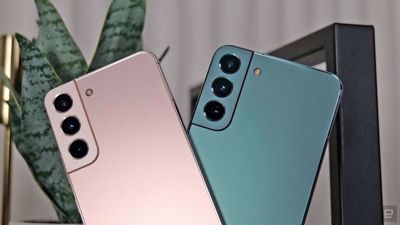 Samsung has launched the new flagship S22 series of smartphones. The Samsung Galaxy S22 is the entry-level flagship smartphone of the Galaxy S22 series. The new smartphone comes with a lot of improvements and a new design. Size and specification wise, this can be the base model of the trio S22 Series. It’s clearly not a low-priced device since it’s ultimately a high-end phone, but it’s the most affordable flagship smartphone.

The Samsung Galaxy S22’s design is not all that different from its last year's predecessor Galaxy S21. regardless of this, Samsung has gone back to using a glass back for the S22, it is a good choice for people who like to use their phone one-handed. The Samsung Galaxy S22 will be available in 3 colour options which are Phantom Black, Phanton White and Green colourways.

The Samsung Galaxy S22 comes with a 6.1-inch full-HD+ display with a refresh rate of 10Hz to 120Hz. depending on the content being viewed to save battery life. Galaxy S22 also includes a peak brightness of 1,300 nits and a 240Hz touch input rate. The Samsung Galaxy S22  gets a Gorilla Glass Victus+ protection along with an IP68 rating.

The Samsung Galaxy S22  is powered by Qualcomm’s Snapdragon 8 Gen 1 processor. The Galaxy S22  runs on Samsung's One UI 4 which is based on Android 12. Coming to the connectivity options the Galaxy S22 include 5G, 4G LTE, Wi-Fi 6, Bluetooth v5.2, GPS/ A-GPS, NFC, and USB Type-C port. Talking about the sensors which include accelerometer, ambient light sensor, barometer, geomagnetic, gyroscope, hall, and proximity sensor.

Most Sold Products on Cashonpick